How to use the Numerical Question component.

Written by Trevor Register
Updated over a week ago

The Numerical Question component is a new feature within Pivot Interactives that allows instructors to:

Instructors can manually input values such that all students see the same values and all have the same correct answers. For example, instructors could ask What is 3 + 2?, and all students would need to answer 5 for the question to be marked as correct.

When editing an activity, select Numerical Question and then click Add Component.

Variables aren't required for the Numerical Question component, but they greatly expand the power of the tool.

To begin defining variables for your Numerical Question, first click any one of the [var] or [+var] buttons shown below. You can also click Variables at the very top of the screen. 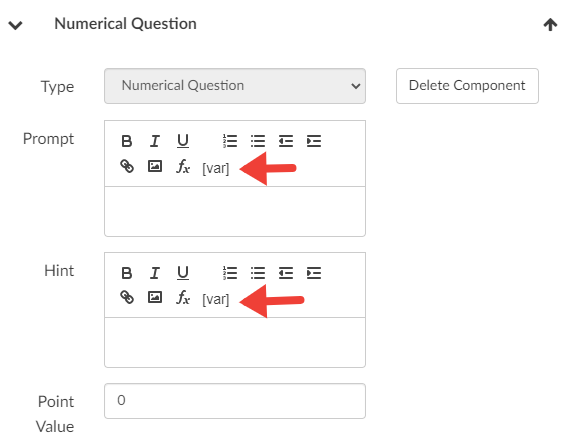 This will bring up the Variables window. To define a new variable, select + Add New Variable, fill in the appropriate information, then click Save. 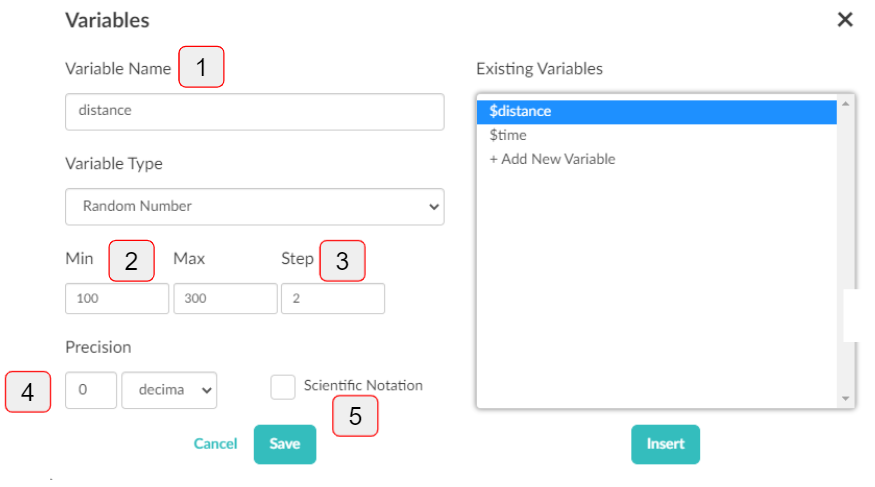 This variable type allows you to use a student's response to a previous question as a variable in another question. 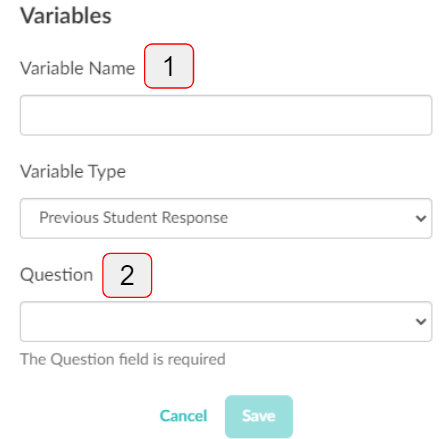 Values for each question are generated for a student the first time they open the assignment. Those values cannot be changed, even if their assignment is reset, sections are locked or unlocked, etc.

Create the question and correct answer 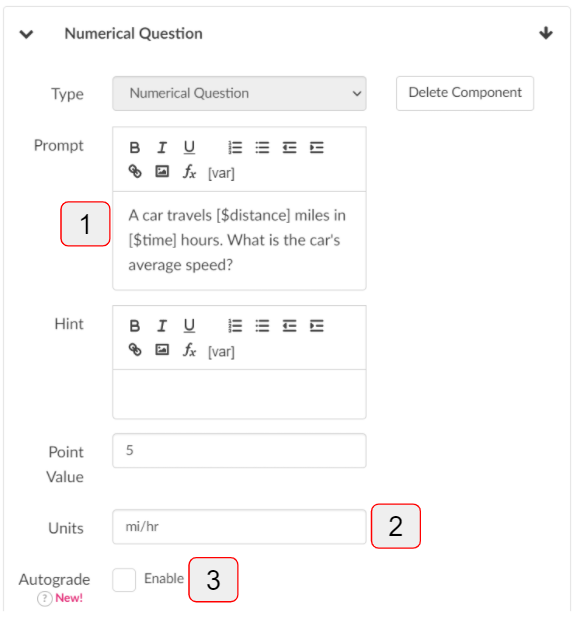 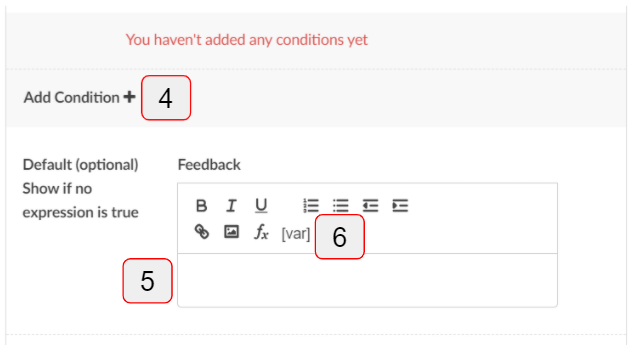 To add a new condition, click Add Condition+, and the following appears:

Numbers can be mixed with variables in an Answer Formula. For example, to input the equation for kinetic energy, you could type (1/2)*$mass*$velocity^2.

Using the example above, here are examples of what three different students answering this question from the same activity would see. 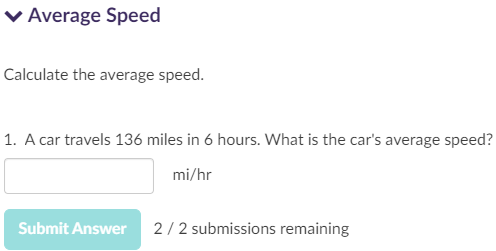 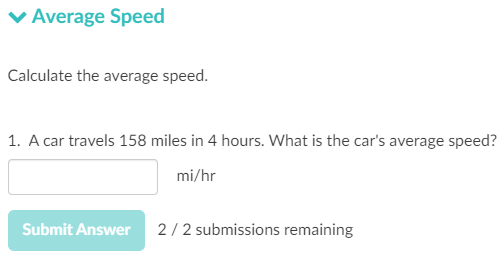 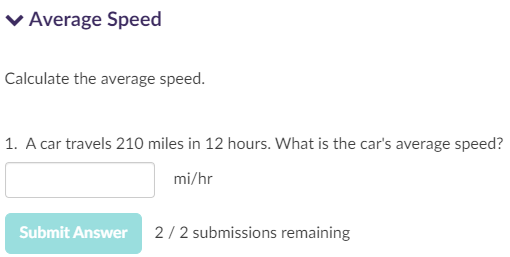 Students can only input numbers for an answer. If an answer is supposed to be pi, for example, they cannot enter pi as an answer. Furthermore, unless a tolerance is defined for that answer, it will be marked as incorrect if they input 3.14 since pi doesn't have an exact decimal representation. In this case, setting a tolerance of at least 1% will allow 3.14 to be accepted.

The same goes for, say, sqrt(3)/2 or sin(pi/3). The Answer Formula can be written as sqrt(3)/2 (or sin(pi/3) but students will have to enter a decimal representation. And like the example with pi above, if a tolerance of 0% is when creating the question, values even out to 5 decimal places such as 0.86602 will not be accepted as correct.

In general, using the tolerance setting can allow for decimal representations of otherwise exactly entered answers into an Answer Formula to be accepted.

The Answer Formula feature allows you to also use a student's response along with Boolean expressions such as greater than, less than, equal to, etc. For example, for the question:

A car travels [$distance] feet in [$time] hours. What is the car's average speed in miles per hour?

The correct Answer Formula would be ($distance/5280)/$time.

However, perhaps you know that some students will incorrectly convert feet into miles by multiplying by 5,280 instead of dividing. This means their answer will be greater than the correct one. You could define an Answer Formula to be:

Or perhaps you know that some students will simply input the distance as their answer instead of calculating average speed. You could use an Answer Formula of

...with the feedback: It looks like you input the distance the car travelled, which is ﻿[$distance]﻿. You need to calculate and input the average speed. Check your equation sheet.

The table below shows the operations that will most commonly be used with Answer Formulas.

Numerical questions use math.js to evaluate expressions. For more advanced users, see the math.js documentation for a wider range of possibilities. Note that not everything within math.js will work with Numerical Questions, such as defining objects.